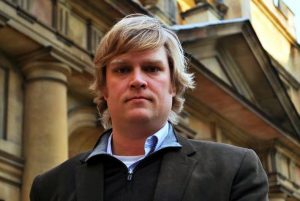 Eric Lybeck is currently a Leverhulme Early Career Fellow at the University of Exeter, UK, having completed his doctoral research at the University of Cambridge in 2015. Eric’s research applies historical sociological methods to higher education studies, to understand the many ways universities were and remain the central institution in the ideological organization of modern societies. His doctoral research explored the emergence of the modern university in Germany and America during the nineteenth century as part of a shared, conservative reaction to the French Revolution. His current project explores the changes in British students’ expectations of what constitutes an ideal ‘academic self’ since 1800. He has also published in the fields of the history of sociology, social theory and military sociology.

Since completing his Masters at the University of Tennessee under Harry Dahms’s supervision, Eric has served on the editorial board of Current Perspectives in Social Theory. He is also actively involved in the International Social Theory Consortium, having co-organized the 2015 annual meeting in Cambridge with Dahms.  Together, they are editing two volumes related to the meeting’s theme of ‘reconstructing social theory’, the first of which is due to appear as volume 35 in November 2016.

Further details of Eric’s publications and work in progress can be found: https://exeter.academia.edu/EricRoyalLybeck