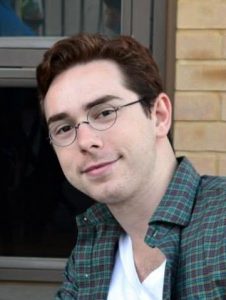 He is currently taking on research focusing on the coevolution of “sustainable development” and neoliberalism ideologies to expose underlying exploitative strategy in international political economy, and a second project focusing on the relationship between West Virginian mountaintop removal coal industries and social group stratification, isolation, and militarization. Future undergraduate research is currently in preliminary stages, and will focus on unifying environmental theories presented by scholars from different critical emphases to contribute to the critical discourse around United Nations Sustainable Development Goals. Henry’s Honors’ Thesis will focus on dialectics of environmental metabolic rift and social movements, with particular interest on modern examples of environmental racism and the formation and mobilization of movements through social media.

After his undergraduate years, Henry plans to work towards a Masters in Germany or the UK before returning to the United States for a Doctoral Program. He will continue to expand and deepen his familiarity with social theory and concepts of power and pursue related research, though, for now, he works to develop his own take on critical environmental theory so as to incorporate critical theories of structural violence and systems of oppression.

This web-site will be updated on a continuous basis.