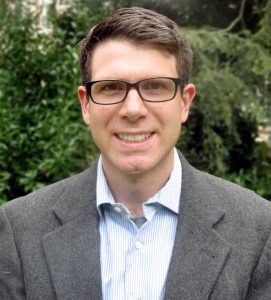 Alexander Stoner is Assistant Professor of Sociology in the Department of Sociology & Anthropology at Northern Michigan University, and previously taught at Salisbury University in Maryland.  His primary areas of research expertise are Environmental Sociology, Social Theory, and Political Economy. Dr. Stoner’s research examines the relationship between modern capitalist society and the natural environment, and the linkages between political-economic drivers of environmental problems and societal responses to these problems. The scope of his work ranges from the development of an environmental critical theory to the social-psychologically embodied consequences of the environment-society relationship for individuals and the moral and ethical implications involved. Dr. Stoner’s research has been published in journals such as Critical Sociology, Ecological Economics, and the Journal of World-Systems Research. His recent book, Freedom in the Anthropocene: Twentieth-Century Helplessness in the Face of Climate Change, was published by Palgrave Macmillan in 2015.

Stoner AM and A Melathopoulos (2015) Freedom in the Anthropocene: Twentieth-Century Helplessness in the Face of Climate Change. New York: Palgrave.

Stoner AM and Melathopoulos AP (2015) If climate “changes everything”, why does so much remain the same? The dynamic of capitalism and discontents around climate change. Logos: A Journal of Modern Society and Culture  vol. 14 no. 4.

Melathopoulos AP and Stoner AM (2015) Critique and Transformation: On the Hypothetical Nature of Ecosystem Service Value and its Neo-Marxist, Liberal and Pragmatist Criticisms. Ecological Economics (117): 173-181.