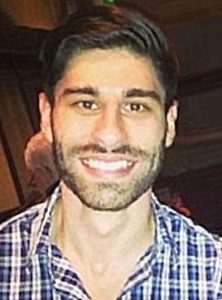 Steven Panageotou is a Ph.D. candidate in sociology at the University of Tennessee-Knoxville concentrating in the areas of theory, political economy, and political sociology.  Born and raised in Baltimore, Maryland, he traveled to the University of Tampa where he earned his B.A. in sociology in 2010.  Arriving in Knoxville shortly thereafter to pursue his graduate degree, he began to research the unfolding Greek financial crisis and defended a Master’s thesis on this topic in 2012, titled The Global Debt Minotaur: An Analysis of the Greek Financial Crisis.  As the crisis persisted, he published two articles on the politics of managing Greece’s financial crisis.  In the first article (Comparative Sociology, 2015), he worked with Dr. Jon Shefner to compare the experiences of austerity in Latin America in the 1970s-80s and Greece in its current financial crisis.  In the second article (Review of Radical Political Economics, forthcoming), Steven developed a theory of “crisis management” to explain how a regime of private, unelected institutions have used their financial leverage to force Greece into accepting a neoliberal package of reforms that include austerity in exchange for continued disbursements of interest-accruing “bailout” funds.

As a Ph.D. student, Steven has broadened his research focus to examine the relationship between economy and politics in Western societies.  Specifically, his dissertation contributes to the burgeoning interest in political sociology concerning how increasing levels of public engagement are compatible with growing economic inequality.  Combining comparative-historical research methods with social theory, he develops a theory of political action that captures the spectrum of political activities in 21st century U.S. society.  Unlike traditional theories that rely on a narrow definition of political activity and limit their analysis to either electoral or participatory-deliberative activities, he broadens the scope of political action to include forms of economic behavior, including consumption and investments in the stock market.  Although such economic behaviors are conventionally thought of as private matters, Steven demonstrates the public nature and the unintended political implications that result from economic activities.

A book chapter to be included in the 2017 edition of the SAGE Handbook of Political Sociology delineates the argument at the core of his dissertation.  The theoretical aspects of his dissertation have been published in the article “No Democratic Theory without Critical Theory” (Logos: A Journal of Modern Society, 2015).  Steven is also interested in how a basic income policy could function as a strategy to combat economic inequality in the United States, and has published on this issue in Human Rights Of, By, and For the People: How to Critique and Change the US Constitution, edited by Keri E. Iyall Smith, Judith Blau, and Louis Esparza (Routledge, forthcoming).