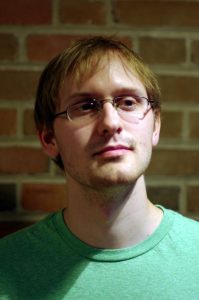 Anthony Jack (AJ) Knowles is pursuing his PhD in Sociology at the University of Tennessee, Knoxville.  He earned his bachelor’s degree in Political Science and Sociology in 2015 and his master’s degree in Sociology in 2017, both at the University of Tennessee.  His concentrations in the program are in political economy and globalization, as well as social theory, but he also has interests in political theory and democracy, comparative historical sociology, the sociology of labor, and environmental sociology.

His primary research interest pertains to the social and economic effects of new technologies, automation, and artificial intelligence, especially how these will change the nature of labor in society.  Utilizing a critical Marxian approach, his work analyzes the ways that the contradictory historical dynamics of capitalism are changing the nature of work in modern society in dramatic ways that may result in a long-term crisis of labor.

Automation, Work, and Ideology: The Next Industrial Revolution and the Transformation of “Labor”