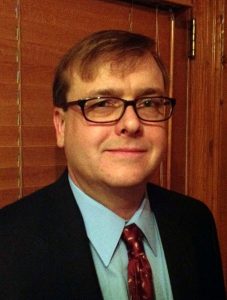 Dr. Daniel M. Harrison was born in England and has lived in the US since 1980.  He earned a BA in Social Science from New College of the University of South Florida (1993) and MS (1996) and PhD (2001) degrees in sociology from Florida State University.  He wrote his dissertation, Theory, Networks and Social Domination, on critical theory in the work of network analyst Harrison C. White. His work has appeared in a number of journals, including, Media, Culture and Society, Sexualities, and Current Perspectives in Social Theory. His first book, Making Sense of Marshall Ledbetter: The Dark Side of Political Protest (University Press of Florida, 2014) is a case study in deviance, social control, and youthful rebellion. Harrison is currently working on a second book, Jackson’s ‘til Dawn, a social history of Jackson Station, an iconic South Carolina blues bar run by two gay men in the 1970s and 1980s. Harrison’s  current areas of interest include critical theory, environmental sociology, deviance and social control, and historical sociology.

Dr. Harrison is presently Professor of Sociology at Lander University. He lives in Greenwood, SC, with his wife, artist Rebecca Salter Harrison, their two children, two dogs, and two cats.